Two terms that get confused all the time is Heart Attack and Cardiac Arrest. They are used interchangeably in news reports, television shows, other media sources, and general conversation. But the truth is that these two terms describe two very different conditions altogether. 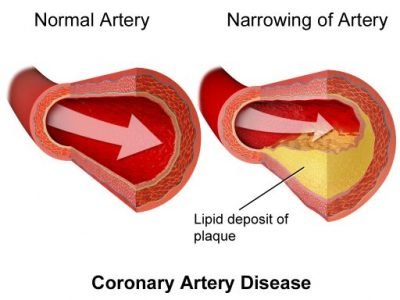 A Heart Attack, also known as a Myocardial Infarction, happens when one of the major veins that supply blood to the heart muscle becomes blocked. These veins, also known as Coronary Arteries, provide all the muscles that the heart is composed of with vital blood supply. So when a blockage occurs, the affected muscle dies and that part of the heart no longer functions as it should.

Blockages usually occur because of clogged arteries. Arteries can become clogged as a result of a buildup of a substance called plaque on the inner walls of the arteries. Plaque can be made up of various substances including: calcium, fat, cholesterol, cellular waste, and fibrin – a material involved in blood clotting. If the buildup of plaque is serious or it ruptures, then a blockage will occur which may cause a Heart Attack, an unstable Angina, or a variety of other clinical conditions that fall under the term of Acute Coronary Syndrome (ACS).

All instances of ACS are considered medical emergencies that must be attended to as soon as possible to avoid or minimize permanent damage to the heart muscle.

Cardiac Arrest, on the other hand, happens when the electrical signals that control the timing and organisation of the heartbeat becomes unstable or chaotic. The heart will not beat properly and the rhythm may even deteriorate to the point where the heart stops beating altogether. That is when the person goes into Cardiac Arrest and the most common outcome of this is sudden death.

Needless to say, a Cardiac Arrest is one of the most critical medical emergencies and the person should immediately begin receiving CPR (cardiopulmonary resuscitation) to help support circulation and, if possible, defibrillation. A Defibrillator is a device which delivers a large electrical shock to the heart which may force its electrical signals to restore to normal and start the heart beating again. 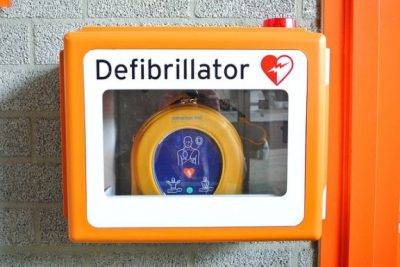 People who have various types of heart disease tend to be more susceptible to Cardiac Arrest. Certain heart abnormalities or congenital conditions can also contribute to this condition. Another factor that can cause Cardiac Arrest is the use of illegal substances and stimulants.

So, as you can see, there is an acute difference between the terms Heart Attack and Cardiac Arrest and both these conditions are caused by very different factors and circumstances with completely separate and distinctive treatments.