We all know that conflict and the handling thereof is something that we would all rather try to avoid if possible. Conflict, and the negative effects that result from it, contribute greatly to our overall stress levels and the more this builds up, the more likely it is that it will start to manifest mentally and physically and affect our general health and wellbeing. In this three-part article we will explore the topic of conflict, its effects, and how to resolve it in more detail. Each day the average adult human spends 8 hours or more at work. In fact, we often have more hours of interaction with our co-workers on a weekly basis than we do with our families at home.

So it’s not surprising that a lot of the conflict we experience originates in the workplace. In fact, all around the world employees spend an average of 2.1 hours per week dealing with conflict in the workplace. Approximately 1 in 3 employees (33 percent) say that conflict has led to personal injury or attacks, while 1 in 5 (22 percent) admit that it has led to illness or absence from work. To make matters even worse, 10% of workers report project failure because of conflict.
As a direct result of this, companies end up losing millions in revenue because of poorly managed conflict and unresolved grievances between employees.

Confused? Let us break it down for you.

A study was commissioned on workplace conflict and it was found that in the USA employees spent about 2.8 hours a week dealing with conflict. Considering an average hourly salary rate of $17.95 this amounts to almost $359 billion in paid office hours or an equal of 385 million working days.
It is quite reasonable to then say that the statistics here in South Africa is more than likely quite comparable to the USA study.

Bet that’s got your attention now!

All that time wasted on negative gossip, retaliation between conflicting parties, recruiting allies to one side of the conflict or the other, planning defences or excuses, protecting what’s considered to be personal domain or turf, and navigating the drama both physically and mentally.

The terrible flip side of this is that that’s time not spent on handling customers and queries, filling orders, completing projects, or otherwise doing the job employees were hired to do. 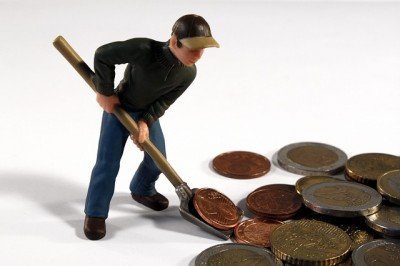 Eventually customers will take notice and the company’s image will suffer damage as a result. The low morale and negatively-charged atmosphere will also affect other employees and may eventually cause the company loss of skills and a high staff turnover. And lastly this situation and its effects may also very well transfer from your place of work to your home environment and lead to possible further conflicts with your loved ones.

All of these factors combined will then only result in added further stress, which could make you even more emotionally compromised, which could then lead to additional conflict – so it’s a very vicious circle!

Conflict impacts humans as much physically as it does mentally and emotionally. If you combine an extra stressor like conflict to the already existing emotional burdens of general job stress and workload, as well as stress from your home environment, it is a recipe for disaster as the stress overload may very quickly manifest itself into a variety of symptoms.

Symptoms may include such conditions as:

So how do we address conflict and try and manage its effects?