There is no doubt that Bees are not only one of the most useful creatures on our planet, but also one of the most interesting. They have been around for millions of years, since the early Cretaceous period and they are found on every continent except Antarctica. There are nearly 20,000 known species of bees across seven to nine recognised families, but many more are undescribed making the actual number much higher.

Many species of Bee have evolved complex social structures that include communal brood care, division of labour and effective hive communication. The can navigate using spatial memory maps and various environmental factors like the sun, the sky’s blue polarization patterns, and the earth’s magnetic field.

Their primary usefulness is the major pollination of flowering plants and this makes a significant contribution to world-wide agricultural food production and ecological systems. Bees are also the only insect in the world that produces food fit for human consumption, namely honey, and bee-keeping is a millennia-old practice that dates back to the times of ancient Greece.

Throughout history Bees have figured prominently in mythology and folklore and have been used by political theorists as a model for human society and the epitome of hard work and communal cooperation. Some cultures even believe the Bee to be a sacred insect, something to be respected and protected.

But most people are afraid of bees. Have one zooming around a person and the reaction will be immediate panic. This is mostly because of the fact that bees can not only sting a human, but that some humans will experience a severe, and sometimes fatal, allergic reaction to a bee sting.

The facts are that only an estimated 2 out of 1000 people are actually allergic or hypersensitive to bee stings. This is a very limited number, but the main problem is that many people don’t know if they are allergic and about half of all people who die of bee stings fall into this group.

For most people, a bee sting hurts for a few hours and then gets better. But if you are allergic, you may have a more serious reaction like severe swelling at the site of the sting or even life-threatening symptoms like bee sting anaphylaxis.

Some danger signs to watch out for include; itching, swelling or hives at the sting site, swelling of the face, throat or tongue, breathing difficulties, dizziness, stomach cramps, and nausea or diarrhoea. In the case of any of these symptoms the person who has been stung should seek medical attention immediately.

Avoiding bee stings is very easy to do though. Running away from a bee or swatting at it is never a good idea. Walking barefoot in grass or areas where the ground isn’t clearly visible could also possibly lead to accidentally stepping on a bee and getting stung. Uncovered sugary drinks and food will also attract bees as will uncovered garbage and compost. 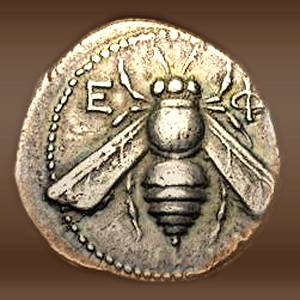 Remember that, at the end of the day, humans are more harmful to bees than bees will ever be to us. Pollution, deforestation, climate change, and the use of chemical insecticides have severely affected bee populations all across the world. Especially in the United States this has had a detrimental effect on agriculture and food production resulting in domesticated hive pollination contracts becoming very lucrative and even exceeding honey production as the main source of income for beekeepers.

So, remember to do your bit for bees – observe “Don’t Step On a Bee Day” and help this useful insect to do its job and help us in return.